Panda, Venice, Caffeine and Vince - what do they all have in common? Answer - Google. They're all Google algorithms from 2009 to the present.So, who really cares?

What's in a name? 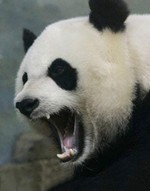 Nothing really, as Shakespeare penned, in Romeo and Juliet, "What's in a name? that which we call a rose, By any other name would smell as sweet;" It's not the name that has the impact, it's the code behind it. Earlier this year, some of the Google updates caused terrible ranking damage for some sites. Personally, we've seen rankings decrease on some sites and increase on others. And yet we do the same sorts of SEO on each site we manage. And we're not the only ones confused. Going onto big SEO discussion sites, such as http://www.seomoz.org/, you'll find forums full of confused SEO practicioners asking what on earth they should do.

SEO is a long term investment

We see SEO a little like making an investment. You don't put money into an investment and then take it out the following week if there's a drop in return, do you? Investments are, generally, a long term thing - most short term investments are at least 6 months. SEO needs to be looked at the same way. Many clients think that having a website appear on the web is the answer to their financial woes. Alas, no. New websites take time to appear in rankings, and, even then, the traffic needs to be converted to sales.

After a site is uploaded, the first thing that needs to happen is the search engines need to find it. That's easy, and we usually see our sites being indexed within 1-3 hours. Then comes the long haul - appearing in the top 10-20 listings. We normally allow at least a month, sometimes 2, after updates before making big SEO changes. Rankings need time to settle down before we commit to any different action. As an example, as we mentioned earlier, an update earlier this year caused some sites' rankings to plummet. Yet, a recent minor update caused many of those sites to bounce back. Moving to change too soon, could have easily damaged the repair this latest update did.

SEO is ongoing, never a one time quick fix. Sure, there are sites that are so badly SEO'd that just doing the basic on-page work will cause a huge jump (we've seen some sites get to page 1 just by doing good on-page work, though it's not common). Usually, getting to page one is just a long road of working at keyword or keyphrase analysis and implementation on-page, and link building off-page.

How to survive a Panda attack? Keep on working; look at the big picture; don't implement knee-jerk "solutions".